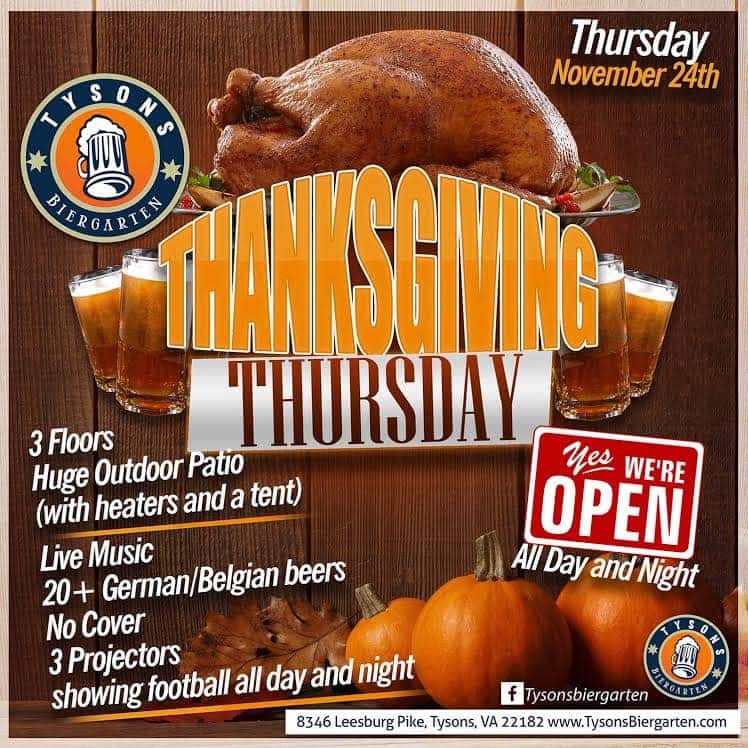 On Thanksgivng Day we will be open all day!!! Yes we are open – ALL Day and Night. During the NFL games 18 wings are just $8! ★3 floors, huge outdoor patio (with heaters and a tent) ★Live music ★20+ German/Belgian beers ★No Cover ★3 projectors showing football all day and night ★Kids corner (playground […] 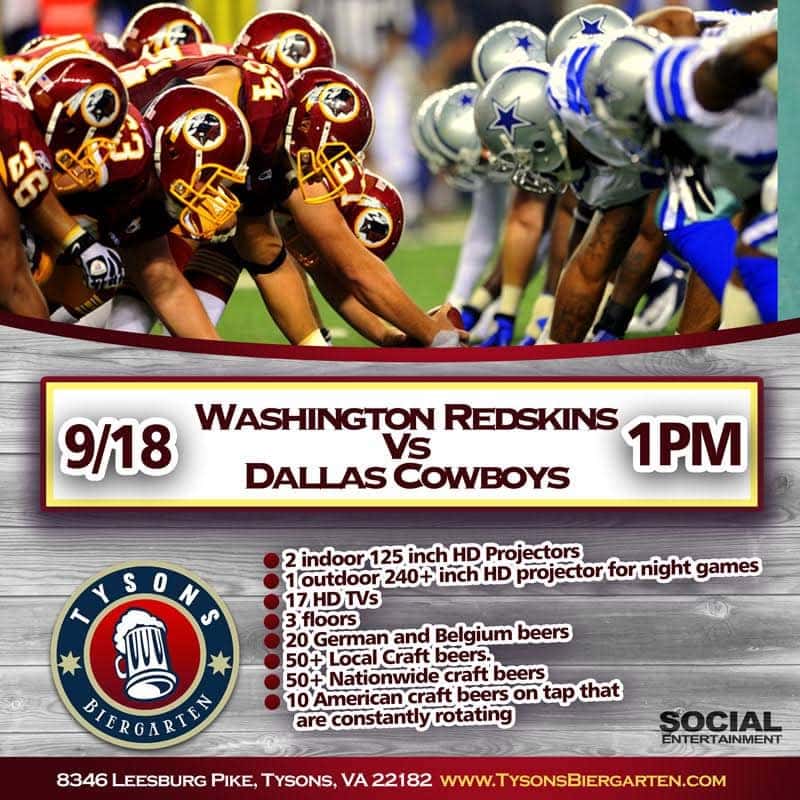 From Oktoberfest to massive beer steins, Germany is renowned for its beer-drinking habits. In fact, it has the third highest beer consumption per capita in the world, according to Kirin Beer University Report. All of this beer drinking has led to the creation of some of the best styles on the planet, including hefeweizen and […] 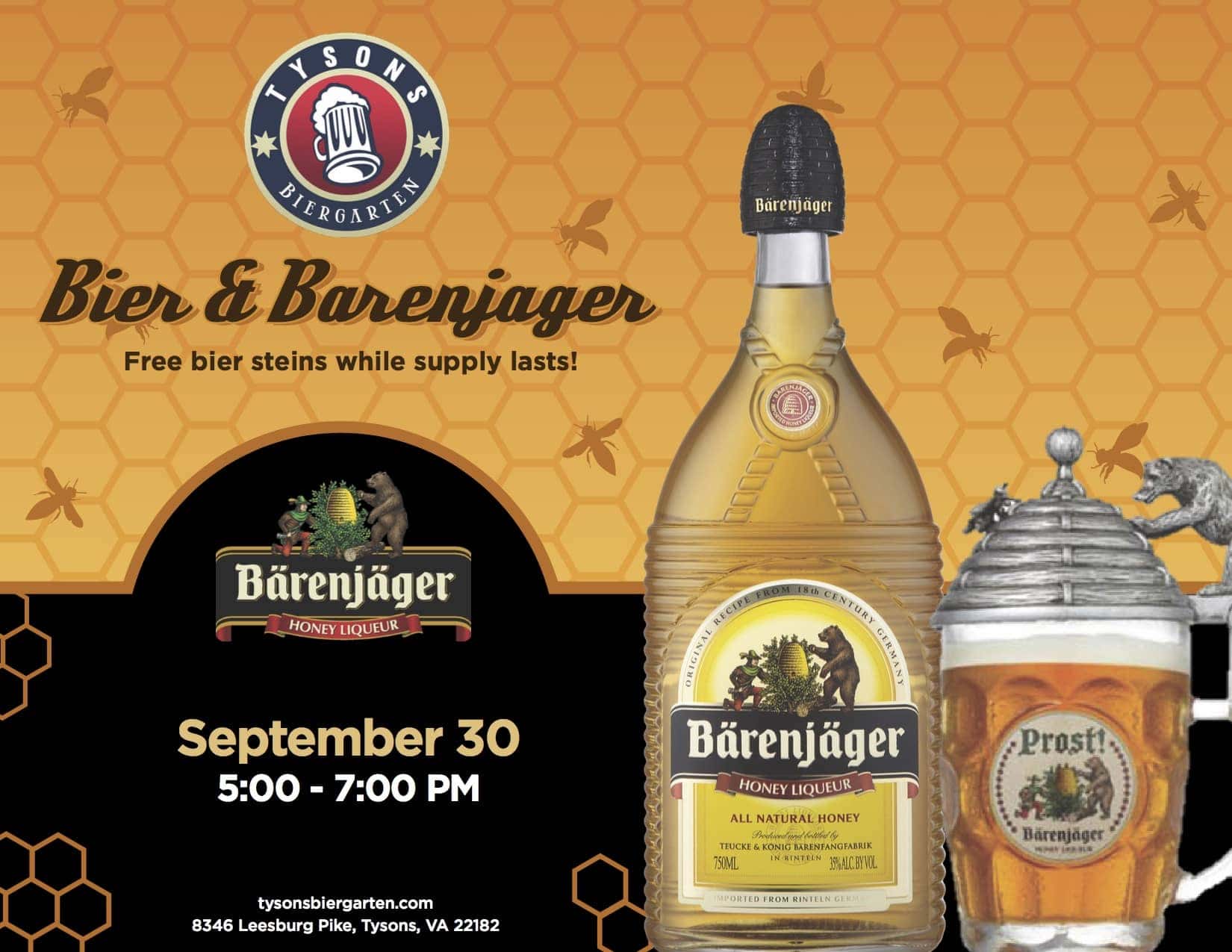 This honey liqueur recipe, originally called Bärenfang (‘Bear Trap’), was originally concocted to lure bears out of their dwellings by hunters in the 18th Century, Germany. Fastly becoming a favorite of the bear hunters it is made with the highest concentration of all natural honey from the Yucatan Peninsula. This 70 proof premium liqueur has […] 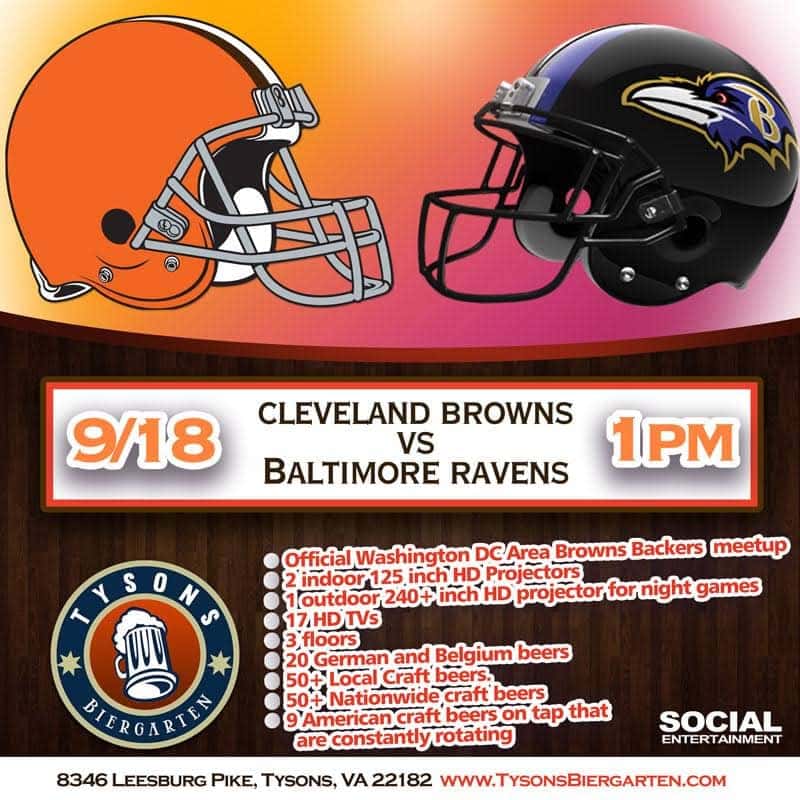 Come out this Sunday to watch the Ravens take on the Browns 1PM We have 2 indoor 125 inch HD and 1 outdoor 240 inch HD projector for night games, as well as 17 HDTVs. Grab some friends and come down to the Tysons Biergarten for some bier and football! #TBG

***** Just like our craft beer festival we will have brewery reps here with our jockey boxes pouring beers that we usually do not carry. ****** This event will still happen RAIN OR SHINE! If the rain does not lightn up we will move this event into the basement of the bar! Check out the […]