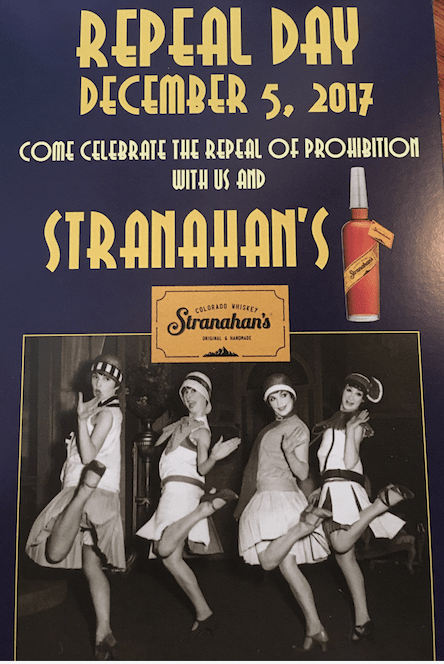 Gather round to hear a true American tale of horror. A long time ago – almost one hundred years – Congress got together and decided that the best way to deal with alcoholism, crime, mental illness, and poverty was to ban alcohol. The 18th Amendment to the Constitution was passed and Prohibition began. American became, ostensibly, a dry nation. These were truly dark days, not least because several professional sports leagues were already established and now there was just no way to deal with being a White Sox fan.

During the next decade (more than a decade, in fact), since alcohol was outlawed, only criminals had alcohol. The industry continued to flourish, but went underground, run by mob bosses, smugglers, and bootleggers. It was a story of perseverance; the American impulse to drink runs deep and would not be interrupted by something like the law.

Finally, on December 5th, 1933, the 18th Amendment was repealed by the ratification of the 21st Amendment. Alcohol was once again legal in the United States, after 13 long, dry years. And there was, indeed, much rejoicing.

December 5th, 2017 is the 84th anniversary of the repeal of Prohibition in the United States. Come celebrate with us in our American Underground speakeasy-themed basement bar and appreciate what once was lost and now is drunk heartily. Thanks to Stranahan’s Colorado Whiskey for the posters and also the delicious whiskey.