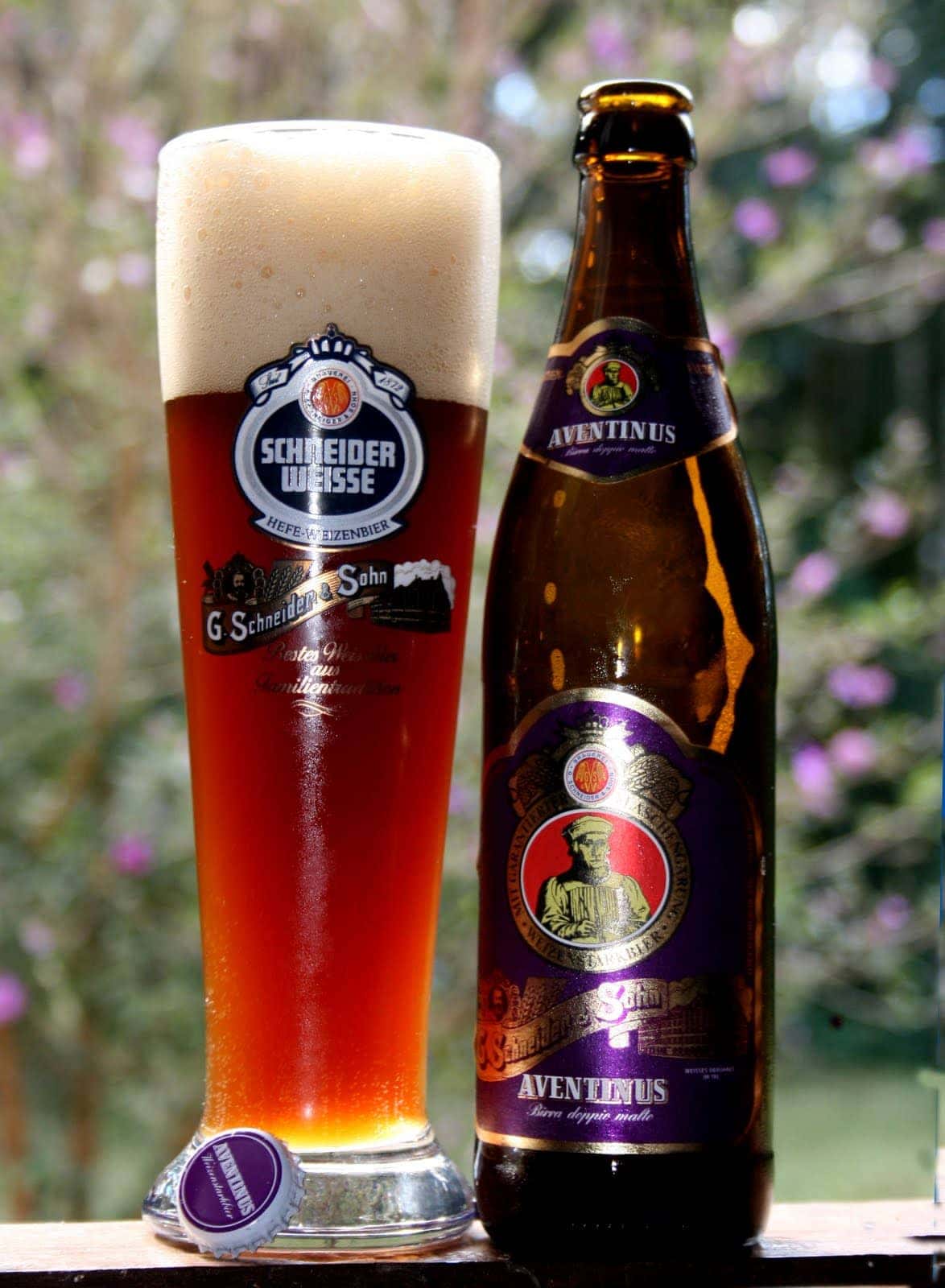 Aventinus is a full-bodied and malty beer with notes of raisins, plums, and marzipan made in Bavaria, Germany. Brewed by G. Schneider & Sohn brewery, the aventinus has an ABV of 8.2% and is a wheat doppelbock. It pairs well with roasted meats and chocolaty desserts. Our owner’s all time favorite beer, the Schneider Weisse Aventinus, is an award winner and has won 6 gold medals at the European Beer Star Competition.

The world’s oldest wheat doppelbock was created in 1907 by Georg Schneider III’s young widow, Mathilda. Breaking with doppelbock naming tradition (most end with “-ator”), she named the beer after the Aventinustrasse in Munich, the original brewery’s address.

Let Tysons Biergarten host your corporate event, birthday party, bachelorette or bachelor party! You can reserve our large upstairs mezzanine for your events, or even just a few tables out on our patio. We can provide anything on our menu and can section off a private area just for you and your guests. We can also give special discounts on food items based on the size of the party, provide a variety of decorations for the event, and provide you with live entertainment

Why chips? Are these guys crazy?

When you come to Tysons Biergarten, you will purchase chips, a cue taken from Bavarian festivals & Biergartens. Chips are $8.48 each, including tax, and are then exchanged for food & drinks. One chip is equal to one beer, or one menu item. The reason for this is twofold: to be authentic as possible, and to be as fast as possible!
We understand you may have to wait in two lines; however it speeds up the process of getting drinks.  Bartenders no longer have to deal with cash, open a tab for you, or go through a bunch of tabs looking for your name.  Also you do not have to wait to close your tab at night or worry about the bartender adding drinks to your tab or losing your credit card.It allows bartenders to quickly serve you your drink and give you much more attention than the “opening up a tab” system.  Just let the bartenders know what you’d like, hand them a token, and enjoy your drink!
Tokens are non-refundable, but never expire!  Additionally, we’ve implemented a shared tipping system; tips left at the token booths or bar will be shared among all of our amazing staff: Bartenders, busboys, barbacks and cashiers.
Red Chips = Food
White Chips = Liquor
Blue Chips = Beer/Wine
Green Chips = Happy hour – Monday thru Friday from 3-9pm

Please note: Once you buy a chip you can use it today or tomorrow or next month.  Chips never expire and are non-refundable.

We highly recommend buying more than one chip at a time so you don’t have to wait in line again.